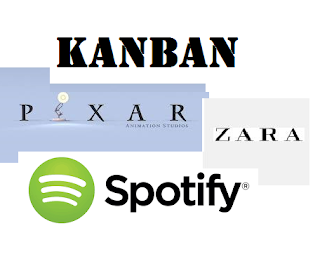 Written by James Gordon
Kanban is a Lean Manufacturing Tool for producing items in a highly efficient manner. It’s a scheduling system which tell you what to produce, when to produce it, and how much to produce.
Kanban is also the Japanese word for a visual sign, usually a card with instructions on it, used to schedule and track production from inventory, to manufacturing and delivery.
The simplest Kanban systems employ three stages, which are as follows:
– What we need To do  (  Orders )
– What we are Doing    ( WIP )
– What we have Done   ( Finished Goods )

For HP, the results achieved through implementing Kanban were staggering. In 2006, its Printer Firmware Division, who are based in Boise, Idaho, decided to implement aKanban system as part of a lean initiative. HP attributed 400 per cent of an 800 per cent productivity improvement to Kanban, and also reported a fall in lead times from 21 months to 3.5 months.[i]
Underpinning Toyota’s ‘just-in-time’ (JIT) production system, Kanban has been used to great effect in the automotive industry. But the real selling point of Kanban systems is that they can be used by any industry – from software houses to clothing manufacturers, as the underlying mechanism for managing the production line can still be applied.
So how do other industries use Kanban to improve their businesses? In this revealing blog, I’ll show you how Pixar, Zara, Spotify and the video game industry use Kanban.

Pixar does not use a traditional assembly line in its creative process, it has been heavily influenced by the Toyota Production System.
Indeed, Pixar may not have conveyor belts connecting each work station, but for Ed Catmull, President of Pixar Animation,  it is vitally important that a film be made in order. Therefore, each team passes the product, or idea to the next team, who in turn pushes it further down the chain.
High-level Kanban boards were used to ensure that this happened. It meant that staff working on a production knew exactly what everyone else was doing, and most importantly how their work directly affected their colleagues.
However, in his bestselling book, Creativity, Inc., Catmull explains that by instilling Lean Manufacturing techniques, he created a work culture where anyone could ‘pull the cord’ and ‘stop the line.’[v]
But for Catmull, this wasn’t enough. He realised that the highest standards of quality could only be achieved if the workforce understood that while ‘efficiency was a goal, quality was the goal.’
For Catmull, Kanban provided proof that Pixar was putting people first, and not just saying that is did.
Catmull talks about how Kanban solved the issue of the ‘beautiful shaped penny.’ This is the penny that the diligent Pixar artist spends hours creating, only to discover that the cinema-goer only catches a tiny glimpse of it, or does not see it at all.
He recounts how a producer, John Walker, devised a system using popsicle sticks so that his team could see what exactly was possible (given limited resources) on each day of production.
Spotify, the world’s biggest subscription streaming music service, has also embraced Kanban.
It’s operation team turned to Kanban after realising that its workload was ‘reactive’ rather than ‘proactive,’ meaning that it struggled to find time to for planned projects.[viii]
The team dealt with problem by sitting down in a relaxed and informal setting to get a clearer idea of what the work it actually did.[ix]
It then asked tasked itself with answering the following questions:
1. What kind of work does it actually do?
2. How much time is spent on the various kinds of work?
3. Is it possible to categorise work into domains in a meaningful way?
4. Where do the jobs come from? Does the Operation team initiate them? If not, who provides it with work?
5. How is it sharing knowledge with other departments?
6. How can it  ensure that operations development gets the time it needs?
7. Is it possible to lower the amount of context-switching that it does?
The working group quickly realised that employing a ‘goalkeeper,’ who could catch all ad hoc requests, would ensure greater levels of efficiency for the team. Small tasks would be carried out straight away, while larger tasks would be written on a Kanban card and placed on the task board.
As for the Kanban board, Spotify’s Operations team decided to make it as simple as possible.
It contains three vertical lanes:
To Do
Doing
Done
Its Kanban board also has two horizontal lanes. Any tangible tasks, such as ‘upgrading the capacity of data storage’ go here, while the other lane comprises of intangible work, which includes tasks such as ‘planning a server migration’ or ‘designing databases.’
Spotify organises work into three separate categories. Jobs are either small, medium or large. Small tasks take a day, medium sized ones a few days, and large jobs a week.
But what about assignments that take more than week? The Operations team refers to such tasks as projects. It simply splits them into small, medium and large tasks, and then inserts them the tasks back into the backlog.
Finally, Spotify was keen not to set too high a Work In Progress (WIP) on the To Do lane to ensure that all intangible tasks are actually completed.
Zara, the biggest fashion retailer in the world, has been using Kanban systems for years, using its ‘just-in-time’ inventory approach first implemented by the Toyota Motor Company. It’s important to state, however, that ‘just-in time’ is actually Lean production. The term ‘Lean’ was coined in 1990. Before that it was called ‘just-in-time.’
Most fashion companies update their collections four-times a year.  Zara, however, breaks all the fashion supply chain rules by holding low stock and updating its collections continuously.
Through its ‘just-in-time’ method, Zara can get product from initial design phase to shop floor in just 15 days.
It achieves this by staying local in the manufacturing process. So instead of outsourcing to Asia, Zara uses a network of 14 highly automated factories in Spain and over 300 small finishing factories in Morocco, Portugal and Turkey to constantly create unfinished products.
Kanban systems are operated at store level too. Sales managers are responsible for their individual Kanbans. For it is the store manager who has a big says on what is produced, when it is produced, and how much to produce. Twice a week they will send an order to headquarters, which is based on state-of–the-art sales data, as well as anecdotal evidence as to what loyal customers want to see sold on the shop floor.
The commercial team then processes the order, but will also carry out much more detailed and broader research, allowing them to identify the most popular clothing trends. New styles of clothing are added to the order and the order arrives back in the store in just two days.
Zara’s strategy has led to its parent company, Inditex, establishing itself as the largest clothing retailer in the world. But perhaps the greatest compliment is that other clothes retailers are copying the Zara way, by manufacturing longer-lead time grey goods in Asia, but finishing off the garments in the USA. This ensures that the customer receives the goods much more quickly than was previously possible.[xiii]