Did you know that there exists a huge problem with fake certifications, even for University degrees ?  More seriously fake certificates are being used for many forms of criminal activity such as illegal immigration. 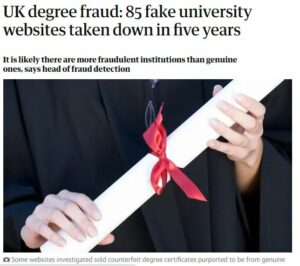 NFTs themselves are just computer code— instructions to validate what something is, and how it should be governed. All within a single smart contract (the code) one can establish what the work is (an image of a certificate, for example), the rules by which it can be transfered for example. Its existence on a blockchain (immutable ledger) and details how, when, and by whom it was created ( this called ‘provenance’).

In the near future ( 3 to 10 years ) many other forms of Certification will use NFTs as their proof of authenticity—for example car titles, property deeds, etc.

You can then remind yourself that ILSSI had already impemented NFT certificate authenification in August 2022 !

Any quesions ?   email admin@ilssi.org with the subject line ‘NFT Question’