Yes there have been well documented Bodies of Knowledge for Six Sigma for many years. Both the IASSC ( IASSC.org) and ASQ (ASQ.org) have published Bodies of Knowledge documents which outline all topics which must be covered by training and are then tested in their exams. You can download copies for Black Belt, Green Belt and Yellow Belt from their websites. See for example http://www.iassc.org/six-sigma-certification/green-belt-certification/green-belt-body-of-knowledge/ The content of the ISO 13053 (2011) and the ISO 18404 ( 2015) matches very closely to both the IASSC and ASQ Bodies of Knowledge. Yes, this is more than one certifying body for Six Sigma and Lean Six Sigma however this is not much different than Project Management certifications where we have PMI, Prince2 and also APM ( Association of Project Managment ). 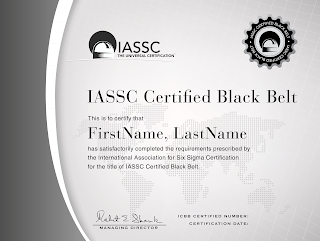